In 10 years, will we still be using smartphones? 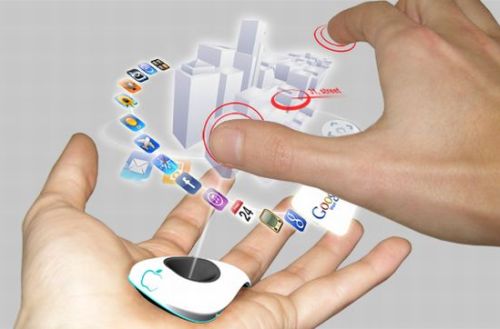 Chances are, no. Let me explain before you start to think I’m crazy.

Have you ever watched a movie called Minority Report? How about this proof of concept where your phone can be implanted under your skin and run on your blood for power? Actually, that was shown in the 2012 movie, Total Recall. 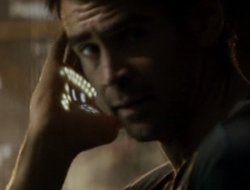 Don’t expect this to actually come true for quite a few more years though. What’s more likely to come in the next decade is the true evolution of “The Internet of Things”. That pretty much is where different things you use are tied to the internet and can provide you with information.

That steak on the grill? It’ll let you know when it’s cooked the way you like. That coffee you brewed? It’ll tell you when it’s done. Using your smartphone to get into your house instead of a key? Already possible. Actually, all of the ones in this paragraph are possible and so much more. Where does that leave our smartphones though?

I believe, and you don’t have to take my word for it, that smartphones will eventually evolve into just being a thin brick you carry around to provide internet to other devices. Well, that and maybe displaying projected screens and holding the main part of your data such as pictures, etc.

I believe that we’ll soon be upon the age where we’ll have elegantly designed wireless headsets like in Elysium. However it might actually be much less invasive than that. Current projects have something behind the ear, but have it as a chip instead. If we also note that hearing aids are being made that you can’t see, this really can be a possibility.

I believe that Google Glass is a needed element in this evolution, along with its counterparts. Creating a wireless Augmented Reality where we don’t have to hold up a smartphone will bring technology to a new fold, and I think this is where we’ll really find the easiest way to do those Minority Report type screens. Do I think it’s the only way? Heavens no, but it’s the only mobile method in a developing mobile era. 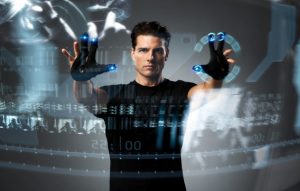 With those eyepieces/lens/whatever you want to call them, that will become your phone’s new camera. Your phone, or hub at this point, will process that needed information to do whatever you want it to do. Just took a picture? Edit it with Augmented Reality. You’re still flicking your fingers around and eventually people will probably stop staring.

Your smarthub will provide GPS locations to your other devices, shooting you voice or visual notifications of events, reminders (Don’t forget the milk), and likely news you’re interested in. Start up your car, check in to work, turn on the lights and AC when you’re a mile from home – all automatically or with permission. Doesn’t sound as farfetched anymore, does it?

End all, no – we won’t be using smartphones. We’ll be using smarthubs that partition internet and data to other devices we have on us. NFC rings, smart watches, smart eyewear, smart clothing (yes, this was in development from almost a decade ago), and more. All will be synced, and powered through your hub.