Is Android still in beta? 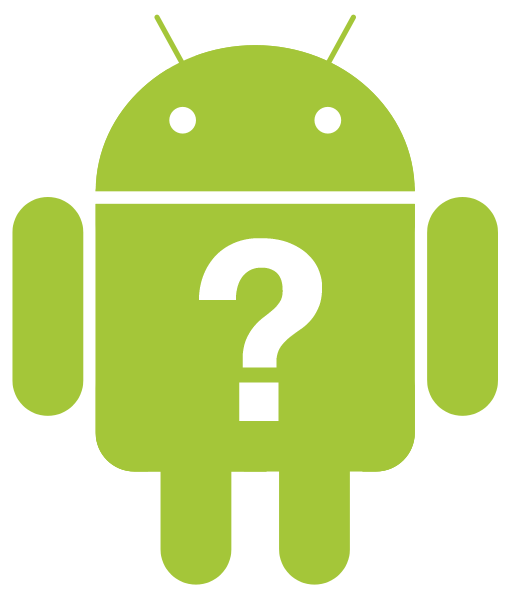 Here’s a fun idea: What if everything Android was just a prelude to something else.
Fragmentation, manufacturer’s creatng thier own versions, this fight between Google and Apple, Google buying Motorola, becoming the most common mobile OS. What is all of this was planned? Join me for one hell of a conspiracy theory.

Back in 2007, it is said that Google’s head honchos were under Steve Jobs’ wing. As it goes, he was their mentor and they did well, even to the point of reaching board member status.

Now, Android itself was built by a company called Android Ltd. from 2005, which Google then later bought and revealed in 2007, around the same time as the iPhone.

Jobs, feeling slighted by his two understudies, after just fighting tooth and nail to get the iPhone some traction (and getting turned down A LOT), started to fume.

But Android was still in its infancy. Companies like HTC were trying to push the system hard, but it still felt weird in a way, like technology was holding it back or rather the lack thereof. After all, the screens weren’t fully touchscreen, the hardware still couldn’t always keep up, etc. Eclair and Froyo, the Android Operating Systems of that time, were making themselves known but didn’t hold much of a spotlight compared to the iPhone.

Then came 2.3, aka Gingerbread, their game changer. 2.3 brought a nice change of pace to the Android system and smartphones as a whole. The iPhone finally had real competition, right when people were getting tired of Apple’s “locked down” experience which required jailbreaking to start customizing your phone. It also brought the Samsung Galaxy S2, arguably the biggest game changer of all due to size, price, features, and how snappy it was. It’s argued that this is the phone that put Android in the mainstream.

Not long after, Google started 3.0, which was focused towards tablets, yet another blow to Apple, this time against its iPad. This, however, made Android’s fragmentation worse.

Fragmentation, in Android terms, means that there are different versions of the same operating system. HTC had Sense version, Samsung had TouchUI, as an example. Now, Google might release Android 4.0 but then HTC and Samsung had different roll out dates of their own, which meant even if you had a phone that could be upgradable, you have to wait. Not only that, but sometimes there are different variations of the same phone and each has their own rollout time for that same update.

It’s this time and when they released 4.0 when Google had to make itself sparce in Apple, since they didn’t want a conflict of interest. This meant giving up board seats as well. One could also assume it’s because Jobs was glaring at them at every chance he got.

4.0 merged both 2.3’s phone OS and 3.0’s tablet OS into a single OS so it could be run on both phones and tablets. Now, while that might be the case it’s only recently that 4.x has gotten the larger share of Android devices over 2.3. At this point, fragmentation is still a problem.

Android manufactuers and Apple have also gotten into spats in the legal system, the main fight seems to be against Samsung however as both companies fight off against patent designs. Both sides have taken losses and gains, and it doesn’t seem like the fight’s going to really end anytime soon.

This year, Google’s also bought the once popular Motorola company and has since come out with a phone called the Motorola X or Moto X for short. It follows similarly to the Nexus theme where Google supplies the demands for the phone and the phone maker works with that. It’s in this aspect that Motorola and Google still are seen as two different companies, just under the same umbrella.

Here’s where it gets interesting.

With Google’s co-founders being under Steve Jobs, is it not plausible that they shared a common desire for mobile computing? Surely Steve knew about Google funding Android, I mean it was public knowledge afterall. It should have come to no surprise to him. Even with Android looking a little similar to iOS (but functionally quite differently), there was no reason for him to ever say he would crush Android, even if it was the last thing he did. Well, unless he wanted to further put Android out there in the news sphere. It was well known how much Steve “hated” Android.

Google also went a way that Windows did, providing an OS and giving it out to companies to make their own “casings” and add whatever else they wanted to it. This, along with being open source, made Android spread FAST. So while fragmentation happens, it populates a lot quicker as well. This shows as Android has over come iOS as the most used OS worldwide, with Samsung sales alone beating Apple’s in phones and tablets (and other companies combined as well).

Take that distribution power and you get a lot of people loving Android, right? Now let’s put that Motorola buy into perspective. They’ve made a good device called the Moto X, that’s getting a lot of publicity from blogs and social media gurus (no shocker). Now what if Google pushed the Nexus 6, made by Motorola next year?

After all, Samsung is looking to make its own OS, Tizen, and is kind of using Android as a stepping stone until then. It would make sense for Google to start prepping for that loss by putting itself behind its own company and made Moto the top Android phone company. But wait, didn’t they just use LG for the Nexus 5?

Moto is still young as a Google company, and people both inside the company and outside are likely looking to see just how popular Moto X can become before they start trying to innovate and focus on mass creating their devices. Add on the fact that they can be sold directly from the Google Play Store or from carriers, this can be a dangerous one-two punch.

Keeping both of those in mind, Android 4.4 is all about memory optimization. They are trying to clear up the fragmentation that’s happened. Yes, it’ll take time for phone manufactuers to add their own touches, but this means a lot of lower end phones that can support the 512MB minimum requirement will be on the latest version of Android. This will make the majority of people having the same core features of Android, on the same OS.

To summarize Jobs was used for publicity; fragmentation was used for mass adoption rates for those who like to customize and low priced phones instead of the “elite” iPhone; Android 4.4 helps keep fragmentation to a minimum (expect changes 3-5 months from now); they bought Motorola and released a really nice new phone called the Moto X; and perhaps they will invest into Moto heavily to become top smartphone company.

With everyone running the same OS, have the same experience across the board, and that may lead to more innovation which we’ll find in Android 5.0. We know how long Google takes to take the “beta” tag off of products, and I’m not sure they have done that just yet.